The Gelato World Tour, the world's premiere cross-cultural artisanal gelato competition, has announced they will bring the second competition to Millennium Park in Chicago May 27-29, 2016. With free admission to the public, the tour’s first stop in Chicago will present sixteen renowned gelato artisans from North America as they compete to create the world’s best gelato flavor. Visitors and industry professionals are invited to enjoy lessons, hands-on workshops and delicious instruction on the ancient art of making gelato.

The winning formula of Gelato World Tour incorporates passion, artisanship and culture. The gelato artisans themselves will tell their stories and present their flavors to the public, jury of experts and journalists, whose votes will decide the final standings and the three finalists who will participate at the Grand Finale in Rimini, Italy, in 2017. Numerous activities based on artisanal gelato culture will accompany the challenge.

Registration for the “Americas East” stage in Chicago will close on March 31, 2016. The rules and registration form are available at www.gelatoworldtour.com. The Gelato World Tour will also host a competition on the West Coast in September.

Because artisan gelato is made fresh daily with the highest quality ingredients, has less air than traditional ice cream and is served at a higher temperature, the flavors invigorate the palette while containing fewer calories and fat. This makes gelato the right choice for health-conscious foodies who appreciate the finest flavors and textures. 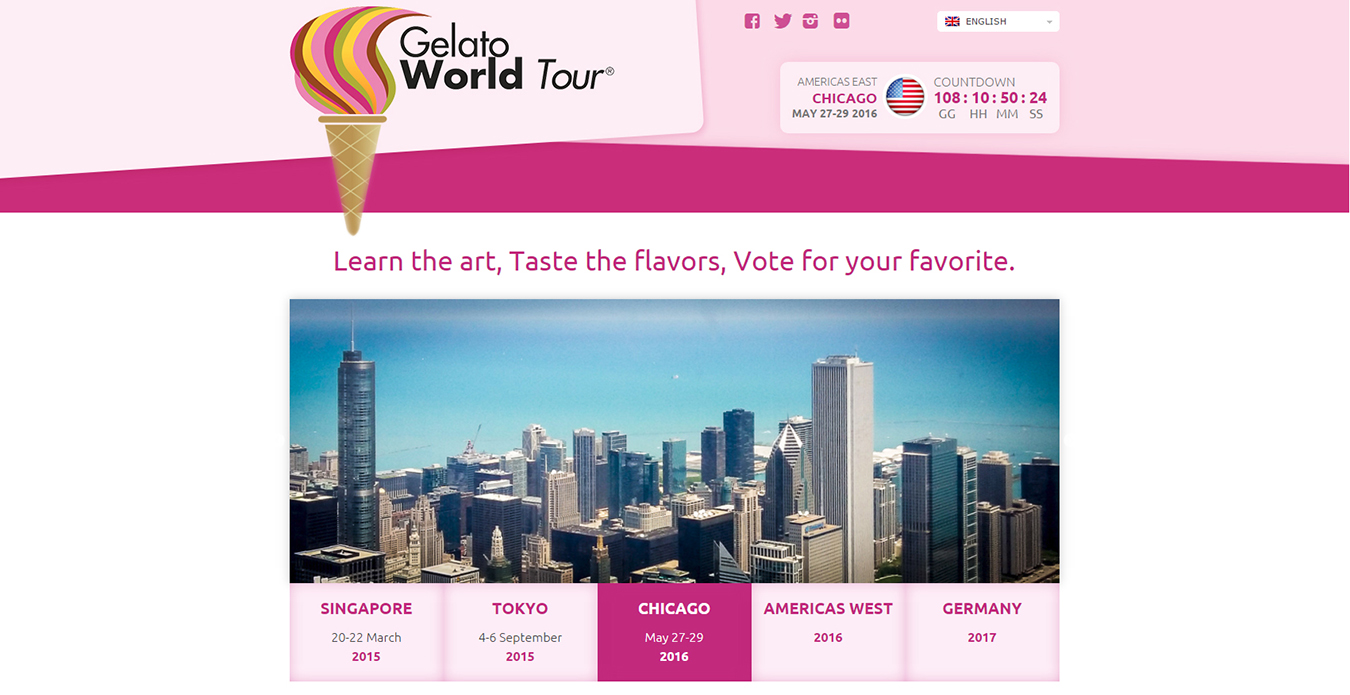